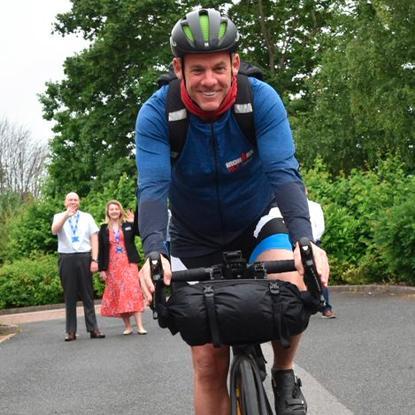 Congratulations to our amazing Fire & electrical projects manager, Stuart Harvey who has cycled the length of Great Britain and climbed its highest mountains in a great cause.

As if that wasn’t enough, he added a few diversions to scale the three peaks along the way – climbing the tallest mountains in Scotland, England and Wales. Tackling Ben Nevis, Scafell Pike and Snowdon, he notched-up a total ascent of 3064 metres (10,052 feet).

Stuart has raised £3620 to help people with cystic fibrosis and those escaping war in Ukraine. He dropped-in to see us on his way through Shrewsbury, to say a big ‘thank you’ to all those who supported him every mile along the way.